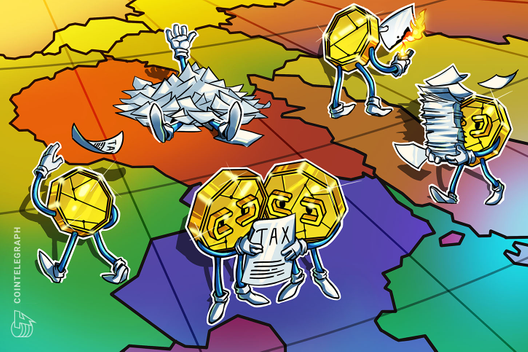 VLC, the hugely popular media playing service, is filing one of its gaps with the addition of AirPlay support as its just crossed an incredible three billion users.

The new feature was revealed by Jean-Baptiste Kempf, one of the service’s lead developers, in an interview with Variety at CES and it will give users a chance to beam content from their Android or iOS device to an Apple TV. The addition, which is due in the upcoming version 4 of VLC, is the biggest new feature since the service added Chromecast support last summer.

But that’s not all that the dozen or so people on the VLC development team are working on.

In addition, Variety reports that VLC is preparing to add enable native support for VR content. Instead of SDKs, the team has reversed engineered popular hardware to offer features that will include the option to watch 2D content in a cinema-style environment. There are also plans to bring the service to more platforms, with VentureBeat reporting that the VLC team is eying PlayStation 4, Nintendo Switch and Roku devices.

VLC, which is managed by non-profit parent VideonLAN, racked up its 3 millionth download at CES, where it celebrated with the live ticker pictured above. The service reached one billion downloads back in May 2012, which represents incredible growth for a venture that began life as a project from Ecole Centrale Paris students in 1996.

VLC. The hero of our time. https://t.co/B4Qqq4DvLa

It seems quaint to imagine now but the original vision for the web was not an information superhighway. Instead, it was a newspaper that fed us only the news we wanted. This was the central thesis brought forward in the late 1990s and prophesied by thinkers like Bill Gates – who expected a beautiful, customized “road ahead” – and Clifford Stoll who saw only snake oil. At the time, it was the most compelling use of the Internet those thinkers thought possible. This concept – that we were to be coddled by a hive brain designed to show us exactly what we needed to know when we needed to know it – continued apace until it was supplanted by the concept of User Generated Content – UGC – a related movement that tore down gatekeepers and all but destroyed propriety in the online world.

That was the arc of Web 2.0: the move from one-to-one conversations in Usenet or IRC and into the global newspaper. Further, this created a million one-to-many conversations targeted at tailor-made audiences of fans, supporters, and, more often, trolls. This change gave us what we have today: a broken prism that refracts humanity into none of the colors except black or white. UGC, that once-great idea that anyone could be as popular as a rock star, fell away to an unmonetizable free-for-all that forced brands and advertisers to rethink how they reached audiences. After all, on a UGC site it’s not a lot of fun for Procter & Gamble to have Downy Fabric Softener advertised next to someone’s racist rant against Muslims in a Starbucks .

Still the Valley took these concepts and built monetized cesspools of self-expression. Facebook, Instagram, YouTube, and Twitter are the biggest beneficiaries of outrage culture and the eyeballs brought in by its continuous refreshment feed their further growth. These sites are Web 2.0 at its darkest epitome, a quiver of arrows that strikes at our deepest, most cherished institutions and bleeds us of kindness and forethought.

So when advertisers faced either the direct monetization of random hate speech or the erosion of customer privacy, they choose the latter. Facebook created lookalike audiences that let advertisers sell to a certain subset of humanity on a deeply granular level, a move that delivered us the same shoe advertisement constantly, from site to site, until we were all sure we had gone mad. In the guise of saving our sanity further we invited always-on microphones into our homes that could watch our listening and browsing habits and sell to us against them. We gave up our very DNA to companies like Ancestry and 23andMe, a decision that mankind may soon regret. We shared everything with everyone in the grand hope that our evolution into homo ligarus – the networked man – would lead us to become homo deus.

And so the pendulum swings back. The GDPR, as toothless as it is, is a wake up call to every spammer that ever slammed your email or followed you around the web. Further, Apple’s upcoming cookie control software in Safari should make those omnipresent ads disappear, forcing the advertiser to sell to an undifferentiated mob rather than a single person. This is obviously cold comfort in an era defined by both the reification of the Internet as a font for all knowledge (correct or incorrect) and the genesis of an web-based political cobra that whips back to bite its handlers with regularity. But it’s a start.

We are currently in an interstitial period of technology, a cake baked of the hearty camaraderie and “Fuck the system” punk rock Gen X but frosted with millennial pragmatism and desire for the artisanal. As we move out of the era of UGC and Web 2.0 we will see the old ways cast aside, the old models broken, and the old invasions of privacy inverted. While I won’t go as far to say that blockchain will save us all, pervasive encryption and full data control will pave the way toward true control of our personal lives as well as the beginnings of a research-based minimum income. We should be able to sell our opinions, our thoughts, and even our DNA to the highest bidder and once the rapacious Web 2.0 vultures are all shooed away, we will find ourselves in an interesting new world.

As a technoutopianist I’m sure that were are heading in the right direction. We are, however, taking turns that none of us could have imagined in the era of Clinton and the fax machine and there are still more turns to come. Luckily, however, we are coming out of our last major skid.

Photo by George Fitzmaurice on Unsplash

The Ethereum project and Consensys, the company created by one of the project’s co-creators, have received a huge vote of approval from one of the world’s biggest enterprise software providers — Microsoft. Read More

Last week, I visited payments company Square. I sat down with their Hardware Lead, Jesse Dorogusker, about much more than hardware. Dorogusker, a former Director of Engineering at Apple, discussed with me how the company has evolved to much more than a dongle that accepts payments. Not only has the hardware itself evolved, but the company is serving an important role other than just being… Read More

Why Hardware Incubators Are Critical To The Future Of Making Things

Hardware is hot — and poised to get hotter. Venture capital investment in connected device hardware startups reached approximately $1.48 billion in 2014, more than triple the amount of two years earlier. Meanwhile, the “fairy tale” acquisitions of Dropcam, Nest, Beats and Oculus — and the IPOs of Fitbit and GoPro — fuel public interest and momentum for new startups… Read More